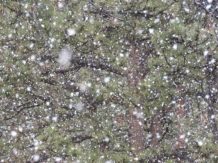 I was reading and deleting emails while waiting at the dentist’s office when I came across an email from Denison Forum dated April 23 that was titled, “Will the world end today?  How Satan uses end time speculation.”

I paused for a minute and consulted my calendar.  Today was indeed April 24.  My husband’s second root canal was indeed in progress.  The world indeed had not ended…and in the busyness of the previous day, I had totally forgotten its potential significance as an end-of-the-world date.  I  also could not recall the potential trigger for yesterday’s assumptive catastrophe.   Jim Denison’s article rescued me by explaining it was another alignment-of-planets situation, plus unpredictable “Planet X” thrown into the mix.

Planet X — really? No sighting of Godzilla or King Kong, shortly after, though — right?  Most folks had responded to this prediction with a dismissive shaking of the head, as I did.   Others, perhaps aware of Jesus’ words in Luke 21:25, may have given at least minor consideration as to whether or not this star alignment addressed “signs in sun and moon and stars and on the earth dismay among nations,” indeed signaling a significant event ahead for Planet Earth.  As I also did, for the briefest of moments.

My primary interest in the article, however, was to explore the second part of his heading: “How Satan uses end time speculation.”  Denison shared and brought it around to “Satan will do whatever he can to distract us from considering our eternal destination.”  Additionally he stated, “When the prophesied end of the world passes yet again, such fakery dulls our cultural consciousness to the real urgency of death and eternity.”

That statement caught my attention — but my thoughts were focused on an individual influence.  I don’t believe it’s just a dulling of the “cultural consciousness” that occurs as repeated Henny-Penny warnings fizzle to naught.  The fallout can have a much more personal impact, for our senses and intellect are always competing with faith as we search for a situation’s “truth” we can both believe and walk in. END_OF_DOCUMENT_TOKEN_TO_BE_REPLACED